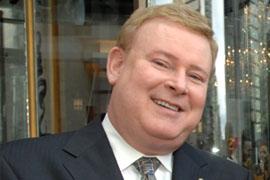 Stephen Darling chose the hospitality industry, while at college in Montreal, as a means to improve his French while studying modern languages and social science. Starting as a bellman, progressing to front office, he soon realized that the multi-discipline competencies required to run hotels and restaurants effectively, presented the challenge and future opportunities that he sought for his career. He went on to study hotel Management at Concordia and Cornell Universities and made a long-term commitment to working in and leading fine hotels and restaurants in three countries and seven cities. 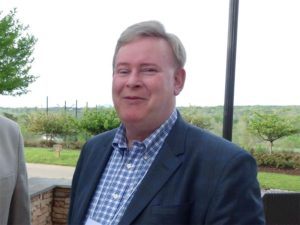 Thirty-seven years later, he has earned a reputation of excellence in leadership of luxury hotels and restaurants. In 2001 at age 45, he was recognized as the ‘Canadian Hotelier of the Year’ by Hotelier Magazine. A year later, arguably one of the most challenging in the tourism industry following 9/11, he became Chair of Tourism Vancouver (2002-03) in the final lead-up to the awarding of the 2010 Winter Olympics. Stephen was intimately involved in the creation of the Standard Accommodation Agreement (subsequently adopted by the IOC as a requisite for future bids), co-presented the Accommodation Plan to the IOC and co-chaired the Yes 2010 Olympic Referendum Committee that resulted in the making of history on community support for an Olympic bid.

Having opened the first Mandarin Oriental Hotel outside Asia as Director of F&B, then the first Shangri-La Hotel in the western world as GM, Stephen has learned the special approach required to ‘translate’ rather than transport the DNA and culture of a brand from one region to another.

In 2004, Stephen obtained his certification from the Institute of Corporate Directors www.icd.ca as a certified independent director in a move to raise his competency and outlook both as a VP responsible for Shangri-La’s expansion into North America, and especially to balance the needs, expectations and priorities of owners/investors and management companies / brands in the new world order of hotel ownership. 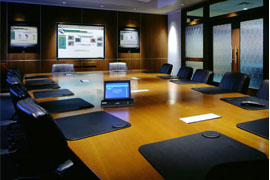 Over the four ensuing years, he identified, negotiated and secured six hotel management agreements and negotiated trademark rights that would set the platform for Shangri-La’s expansion into North America –leading up to the opening of the award-winning luxurious Shangri-La Hotel, Vancouver in 2009.

Since fall 2009, Stephen has established his practice focused on board directorships and project consulting, primarily in the hospitality industry. Having completed projects for various small and medium-sized firms, he is known for bringing a fresh focused approach to planning, pre-opening services and re-engineering of projects.